Created in 1994, healthinsurance.org is one of the longest running sources of in-depth information about health insurance for consumers. Back when web sites were really just picking up steam, the site was known as the Health Insurance Resource Center.

In 2008, when President Barack Obama made comprehensive health reform one of his top priorities, healthinsurance.org expanded its content – and its team of writers – to focus intently on health reform. Americans curious about the hotly debated health reform legislation – which ultimately became the Affordable Care Act – could rely on the site for expert analysis and about the law and its implications.

Contributors to our site include a cadre of respected health policy and reform experts whose analysis has garnered national media attention – and the ears of the nation’s political leaders. Among them:

Louise Norris, who – as an individual health insurance agent – brings an insider’s perspective to coverage and analysis of health reform. Norris is author of The Insider’s Guide to Obamacare’s Open Enrollment and her state health exchange updates are regularly cited by media who cover health reform and by other health insurance experts.

Wendell Potter, who left his position as head of communications for Cigna to advocate for comprehensive health care reform. His contributions on this site – and at major media outlets – are clear evidence of his passion for reform and his disgust over insurance industry practices of the ‘good old days‘ before Obamacare.

Andrew Sprung, who blogs about politics and policy – and particularly healthcare policy – at xpostfactoid. His articles about the rollout of the Affordable Care Act have appeared in The Atlantic and The New Republic and his analysis of ACA’s metal plans earned him the National Institute of Health Care Management’s 2016 Digital Media Award.

ACASignups.net founder Charles Gaba who has been live-tracking Obamacare enrollments since the exchanges launched in October 2013. His work has been cited by major publications from the Washington Post and Forbes to the New York Times as being the most reliable source available for up-to-date, accurate ACA enrollment data in the country.

Linda Bergthold, a healthcare consultant and researcher, and advocate of healthcare reform for more than two decades. She was a member of the Clinton Health Reform Task Force and head of the Obama health care blog team. She blogs about reform for the Huffington Post and provides editorial support for a major national health care consulting firm.

Editorial reviews (as noted next to bylines of selected content) are provided by a member of our health policy panel, which includes Louise Norris, Harold Pollack, Andrew Sprung, and Charles Gaba. 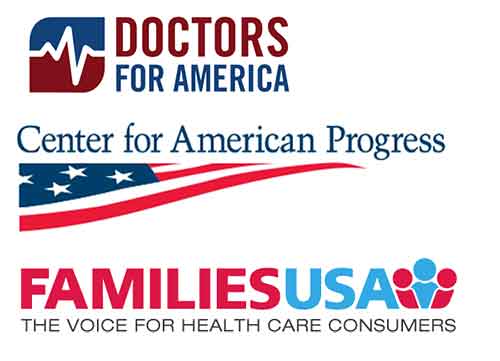 We actively seek guests posts from organizations that share our common goals: to educate Americans about the healthcare system and to give them a thorough understanding of how the ACA will help them, to help dispel myths and scare tactics about the law, and in doing so, encourage millions to embrace reform and, when possible, enroll in Obamacare’s exchanges.

We aren’t afraid to bite the hand that feeds us

We’re compensated by partners who offer health quoting services on our site. This allows us to hire bright people, invest in a robust technology platform to deliver this site for you, and continue our mission to make health insurance more understandable and available to more people.

We aren’t a non-profit, but we have the heart and soul of one. No one in the health insurance industry has any editorial control over our site. The editors of healthinsurance.org continue a long-standing mission to be watchdogs of the health insurance industry. Views expressed are those of our editors, and may not be shared by other sites we link to or partner with. Advocacy or opinion pieces are issue-specific, and should not be considered an endorsement of any particular elected official, political party or ideology.

Opinions by our bloggers and other writers are those of the bylined author and may not necessarily reflect the opinions of healthinsurance.org. While we sometimes strive to be provocative, we always seek to be fair, accurate and complete in our coverage.

We welcome questions or feedback about our content – you’ll find Facebook comments enabled on the majority of our articles so that you can share your feedback with all visitors and begin a dialogue. We welcome any and  all direct comments or suggestions as well, see our contact information below. And thanks in advance for contributing to the usefulness of this site for others.

The entire content of this web site and its subdomains is copyrighted to healthinsurance.org, llc., and should never be reproduced/copied to another web site without written authorization. In addition to respecting us, it respects our valued content creators whom we compensate to create timely, engaging and useful stories for our site.