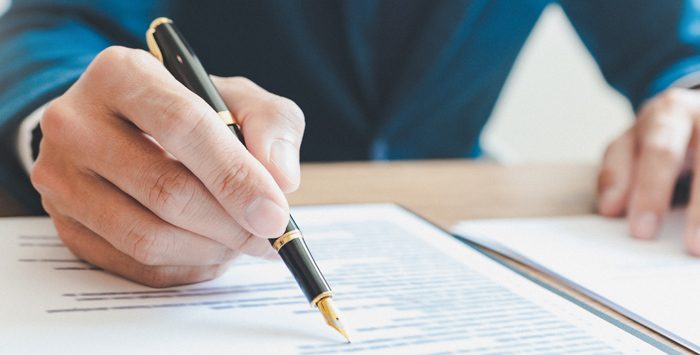 Just before Thanksgiving, the House of Representatives passed the Build Back Better Act (HR5376) and sent it to the Senate. The version that the House approved was scaled down from the initial proposal, but it’s still a robust bill that would create jobs, protect the environment, help families meet their needs, and improve access to health care.

Lawmakers had initially hoped that the bill would be enacted before Christmas. But the situation has changed in December, with West Virginia Senator Joe Manchin stating recently that he will not vote for the current Build Back Better legislation. The situation is still in flux, and it’s noteworthy that the nation’s largest coal miners union has asked Manchin to reconsider his position.

For the time being, we don’t know what might come of this. Manchin might reconsider, or the legislation might be changed to support his earlier requests, or it might be scrapped altogether and replaced with various piecemeal bills.

But for now, we wanted to explain how the House’s version of the Build Back Better Act would affect your health insurance in 2022 and future years. We’ll also clarify what you can already count on in 2022, even without the Build Back Better Act. And how should you handle the current open enrollment period, given that the legislation is still up in the air?

Let’s start with a summary of how the House’s version of the BBBA would affect people who buy their own health insurance (keeping in mind that we don’t know whether the Senate will pass any version of the BBBA, and if they do, what changes might be incorporated):

The enhanced premium tax credit (subsidy) structure created by the American Rescue Plan (ARP) would remain in place through 2025, instead of ending after 2022. This would mean:

These enhanced subsidies have made coverage much more affordable in 2021, and the BBBA would extend them for another three years.

It’s also important to note that HHS finalized a new rule this year that allows year-round enrollment via HealthCare.gov for people whose income doesn’t exceed 150% of the poverty level. This rule remains in place for as long as people at that income level are eligible for $0 premium benchmark plans. Under the ARP, that would just be through 2022. But the BBBA would extend the availability of this special enrollment opportunity through 2025.

BBBA would include one-year extension of unemployment-related subsidies

The ARP’s subsidies related to unemployment compensation would be available in 2022, instead of ending after this year. The Congressional Budget Office (CBO) projects that about a million people will receive these enhanced subsidies, and that about half of them would otherwise be uninsured in 2022.

Under the ARP, if a person receives unemployment compensation at any point in 2021, any income above 133% of the poverty level is disregarded when they apply for a marketplace plan. That means they’re eligible for a $0 benchmark plan and full cost-sharing reductions (CSR).

The BBBA would set the income disregard threshold at 150% of FPL for a person who receives unemployment compensation in 2022. But the effect would be the same, as applicants at that income are eligible for $0 benchmark plans and full CSR. As noted above, there’s also a year-round enrollment opportunity for people whose income doesn’t exceed 150% of the poverty level (that’s available in all states that use HealthCare.gov; state-run marketplaces can choose whether or not to offer it).

As is the case under the ARP, the unemployment-related subsidies would be available for the whole year if the person receives unemployment compensation for at least one week of the year. But as is also the case under the ARP, the marketplace subsidies would not be available for any month that the person is eligible for Medicare or an employer-sponsored plan that’s considered affordable and provides minimum value.

In 11 states that have refused to expand Medicaid under the Affordable Care Act, there’s a coverage gap for people whose income is under the poverty level. As of 2019, there were more than 2.2 million people caught in this coverage gap (mostly in Texas, Florida, Georgia, and North Carolina). They are ineligible for Medicaid and also ineligible for premium subsidies in the marketplace.

The BBBA would close the coverage gap for 2022 through 2025. The current rules (which only allow marketplace premium subsidies if an applicant’s income is at least 100% of the poverty level) would be changed to allow premium subsidies regardless of how low a person’s income is.

In 2022, people who would otherwise be in the coverage gap would be eligible for $0 benchmark plans and full cost-sharing reductions (CSR). In 2023 through 2025, they would continue to be eligible for $0 benchmark plans, and their cost-sharing reductions would become more robust. Instead of covering 94% of costs for an average standard population (which is currently the most robust level of CSR), their plans would cover 99% of a standard population’s costs.

The CBO projects that the BBBA’s subsidy enhancements would increase the number of people with subsidized marketplace coverage by about 3.6 million. Many of those individuals would otherwise be in the coverage gap and uninsured.

Nothing would change about Medicaid eligibility or subsidy eligibility in the states that have expanded Medicaid. But the BBBA would provide additional federal funding for Medicaid expansion in those states for 2023 through 2025. Currently, the federal government pays 90% of the cost of Medicaid expansion, and that would grow to 93% for those three years.

The BBBA would require individual and group health plans to cover certain insulins before the deductible is met, starting in 2023. Enrollees would pay no more than $35 for a 30-day supply of insulin (or 25% of the cost of the insulin, if that’s a smaller amount).

This requirement would apply to catastrophic plans as well as metal-level plans. And although HSA-qualified high-deductible health plans are often excluded from new coverage mandates, that would not be the case here. In 2019, the IRS implemented new rules that allow HSA-qualified plans to cover, on a pre-deductible basis, some types of care aimed at controlling chronic conditions; insulin is among them.

Under ACA rules, a person cannot get premium subsidies in the marketplace if they have access to an employer-sponsored plan that provides minimum value and is considered affordable.

For some employees, this would make marketplace subsidies newly available. And for others, employers might opt to cover more of their premium costs, making their employer-sponsored coverage more affordable. But some employers might simply stop offering employer-sponsored coverage altogether, despite the fact that they would potentially be subject to the ACA’s employer mandate penalty if they have 50 or more employees (if an employer stops offering coverage, the employees can enroll in a marketplace plan with income-based subsidies).

It’s important to note that the BBBA would not address the family glitch. So the family members of employees who have an offer of affordable self-only coverage would continue to be ineligible for marketplace subsidies if they have access to the employer-sponsored plan, regardless of the cost. But prominent health law scholars have opined that the Biden administration could fix the family glitch administratively, without legislation. There is some cause to hope that the administration may do so.

The BBBA would make a couple of changes to the way MAGI is calculated when a tax dependent has income or the household receives a lump sum payment from Social Security:

What does this mean for the current open enrollment period?

Given that the legislation is still up in the air, here’s what you need to keep in mind when enrolling in coverage for 2022:

If you have a low income, are in a state that hasn’t expanded Medicaid, and the marketplace is showing that you’re not eligible for any premium tax credits, you’ll want to read this article about ways to avoid the coverage gap.

Assuming you can’t get out of the coverage gap for the time being, you’ll want to keep a close eye on the BBBA. If it’s enacted with the same coverage gap provisions that the House approved, you may be eligible for full premium tax credits as of early 2022. And you’d have a chance to enroll in coverage at that point.