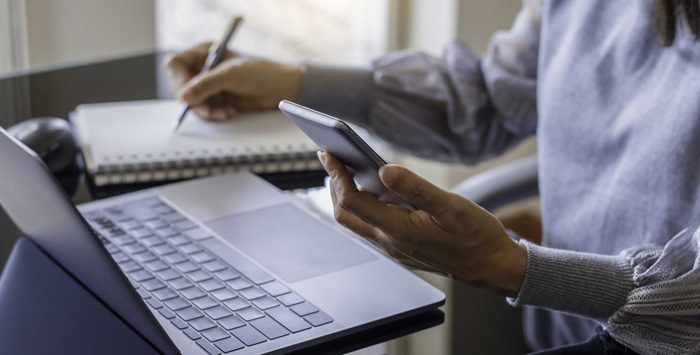 Even if you’ve been happy with your plan, you should check your options during open enrollment. This is not the year to let your plan auto-renew. | Image: NIKCOA / stock.adobe.com

Who should review their eligibility for 2022 health insurance subsidies?

For millions of Americans, the open enrollment period (OEP) to shop for 2022 ACA-compliant coverage will be unlike any of the previous eight OEPs. The reason? These consumers will – for the first time – be able to tap into the Affordable Care Act’s premium tax credits (more commonly referred to as health insurance subsidies).

Thanks to the American Rescue Plan, consumers who in previous years might have found themselves outside the eligible level for subsidies – or who may have found that subsidy amounts were so low as to not be enticing – are now among those eligible for premium tax credits. So if you haven’t shopped for health insurance lately, you might be surprised to see how affordable your health coverage options are this fall (starting November 1), and how many plan options are available in your area.

Millions have already tapped into the subsidies

Most people who currently have coverage through the health insurance exchanges have seen improved affordability this year thanks to the American Rescue Plan (ARP). That includes millions of people who were already enrolled in plans when the ARP was enacted last March, as well as millions of others who signed up during the special enrollment period that continued through mid-August in most states (and is still ongoing in some states). 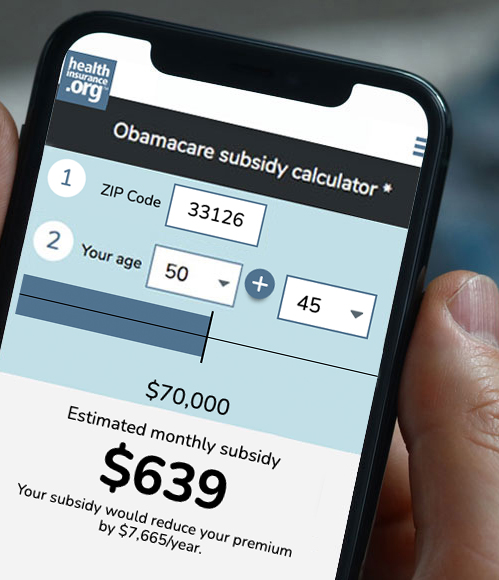 Use our updated subsidy calculator to estimate how much you can save on your 2021 health insurance premiums.

But there are still millions of others who are either uninsured or have obtained coverage elsewhere. And there are also people who already had coverage in the exchange in 2021 but didn’t take the option to switch to a more robust plan after the ARP was implemented. If you’re in either of these categories, you don’t want to miss the open enrollment period in the fall of 2021.

The Build Back Better Act, which is still under consideration in Congress, would extend the ARP’s subsidies and ensure that health insurance stays affordable in 2023 and beyond. But even without any new legislative action, most of the ARP’s subsidy enhancements will remain in place for 2022.

That means there will continue to be no upper income limit for premium tax credit (subsidy) eligibility, and the percentage of income that people have to pay for the benchmark plan will continue to be lower than it was in prior years. The overall result is that subsidies are larger than they were in the past, and available to more people.

Who should make a point to review their subsidy eligibility?

So who needs to pay close attention this fall, during open enrollment? In reality, anyone who doesn’t have access to Medicare, Medicaid, or an employer-sponsored health plan – because even if you’re already enrolled and happy with the plan you have, auto-renewal is not in your best interest.

But there are several groups of people who really need to shop for coverage this fall. Let’s take a look at what each of these groups can expect, and why you shouldn’t let open enrollment pass you by if you’re in one of these categories:

1. The uninsured – eligible for low-cost or NO-cost coverage

The majority of uninsured Americans cite the cost of coverage as the reason they don’t have health insurance. Yet millions of those individuals are eligible for free or very low-cost health coverage but haven’t yet enrolled. This has been the case in prior years as well, but premium-free or very low-cost health plans are even more widely available as a result of the ARP.

If you’re uninsured because you don’t think health insurance is affordable, know that more than a third of the people who enrolled via HealthCare.gov during the COVID/ARP special enrollment period this year purchased plans for less than $10/month.

Even if you’ve checked in previous years and couldn’t afford the plans that were available, you’ll want to check again this fall, since the subsidy rules have changed since last year.

There are millions of Americans who have purchased health coverage that isn’t compliant with the ACA. Most of these plans are either less robust than ACA-compliant plans, or use medical underwriting, or both. They include:

People purchase or keep these plans for a variety of reasons. But chief among them has long been the fact that ACA-compliant coverage was unaffordable – or was assumed to be unaffordable.

There are also people who prefer some of the benefits that some of these plans offer (the fellowship of being part of a health care sharing ministry, for instance, or the abundantly available primary care with a DPC membership). But by and large, the reason people choose coverage that isn’t ACA-compliant, or that isn’t even insurance at all, is because ACA-compliant coverage doesn’t fit in their budgets.

This has long included a few main groups of people: Those who earned too much to qualify for subsidies, those affected by the “family glitch,” and those who qualified for only minimal subsidy assistance and still felt that the coverage available in the exchange wasn’t affordable.

(Another group of people unable to afford coverage are those who earn less than the poverty level in 11 states that have refused to expand Medicaid and thus have a coverage gap. Some people in the coverage gap purchase non-ACA-compliant coverage, but this population is also likely to not have any coverage at all. If you or a loved one are in the coverage gap, we encourage you to read this article.)

The ARP has not fixed the family glitch or the coverage gap, although there are legislative and administrative solutions under consideration for each of these.

But the ARP has addressed the other two issues, and those provisions remain in place for 2022. The income cap for subsidy eligibility has been eliminated, which means that some applicants can qualify for subsidies with income far above 400% of the poverty level. And for those who were already eligible for subsidies, the subsidy amounts are larger than they used to be, making coverage more affordable.

So if you are enrolled in any sort of self-purchased health plan that isn’t compliant with the ACA, you owe it to yourself to check your on-exchange options this fall, during the open enrollment period. Keep in mind that you can do that through the exchange, through an enhanced direct enrollment entity, or with the assistance of a health insurance broker.

There are also people who have “off-exchange” ACA-compliant plans that they’ve purchased directly from an insurance company, without using the exchange. (Note that this is not the same thing as enrolling in an on-exchange plans through an enhanced direct enrollment entity, many of which are insurance companies).

There are a variety of reasons people have chosen to enroll in off-exchange health plans over the last several years. And for some of those enrollees, 2022 might be the year to switch to an on-exchange plan.

Since 2018, some people have opted for off-exchange plans if they weren’t eligible for premium subsidies and wanted to enroll in a Silver-level plan. This was a very rational choice, encouraged by state insurance commissioners and marketplaces alike. But if you’ve been buying off-exchange coverage in order to get a Silver plan with a lower price tag, the primary point to keep in mind for 2022 is that you might find that you’re now eligible for premium subsidies.

Just like the people described above, who have enrolled in various non-ACA-compliant plans in an effort to obtain affordable coverage, the elimination of the income limit for subsidy eligibility is a game changer for people who were buying off-exchange coverage to get a lower price on a Silver plan.

Some people have opted for off-exchange coverage because their preferred health insurer wasn’t participating in the exchange in their area. This might have been a deciding factor for an applicant who was only eligible for a very small subsidy — or no subsidy at all — and was willing to pay full price for an off-exchange plan from the insurer of their choice.

But 2022 is the fourth year in a row with increasing insurer participation in the exchanges, and some big-name insurers are joining or rejoining the exchanges in quite a few states. So if you haven’t checked your on-exchange options in a while, this fall is definitely the time to do so. You might be surprised to see how many options you have, and again, how affordable they are.

4. Consumers enrolled in on-exchange plans, but no income details on file and no recent coverage reconsiderations

If you’re already enrolled in an on-exchange plan and you had given the exchange a projection of your income for 2021, you probably saw your subsidy amount increase at some point this year.

But if the exchange didn’t have an income on file for you, they wouldn’t have been able to activate a subsidy on your behalf (on the HealthCare.gov platform, subsidy amounts were automatically updated in September for people who hadn’t updated their accounts by that point, but only if you had provided a projected income to the exchange when you enrolled in coverage for 2021). And even if your subsidy amount did get updated, you might have remained on the plan you had picked last fall, despite the option to pick a different one after the ARP was enacted.

The good news is that you’ll be able to claim your full premium tax credit, for the entirety of 2021, when you file your 2021 tax return (assuming you had on-exchange health coverage throughout the year). And during the open enrollment period for 2022 coverage, you can provide income information to the exchange so that a subsidy is paid on your behalf each month next year.

Reconsidering your plan choice during open enrollment might end up being beneficial as well. If you didn’t qualify for a subsidy in the past, or if you only qualified for a modest subsidy, you might have picked a Bronze plan or even a catastrophic plan, in an effort to keep your monthly premiums affordable.

But with the ARP in place, you might find that you can afford a more robust health plan. And if your income doesn’t exceed 250% of the poverty level (and especially if it doesn’t exceed 200% of the poverty level), pay close attention to the available Silver plans. The larger subsidies may make it possible for you to afford a Silver plan with built-in cost-sharing reductions that significantly reduce out-of-pocket costs.

One other point to keep in mind: If you are receiving a premium subsidy this year, be aware that it might change next year due to a new insurer entering the market in your area and offering lower-priced plans. Here’s more about how this works, and what to consider as you’re shopping for coverage this fall.

The takeaway point here? Even if you’ve been happy with your plan, you should check your options during open enrollment. This is not the year to let your plan auto-renew. Be sure you’ve provided the exchange with an updated income projection for 2022, and actively compare the plans that are available to you. It’s possible that a plan with better coverage or a broader provider network might be affordable to you for 2022, even if it was financially out of reach when you checked last fall.