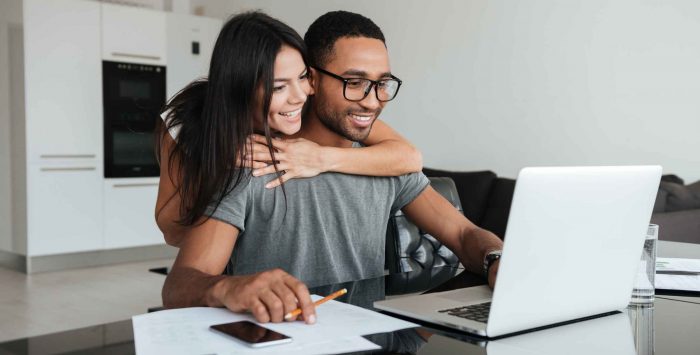 The American Rescue Plan increased premium subsidies at all income levels for health plans sold in the ACA marketplaces, but the ARP subsidy boosts are temporary, running through 2022. | Image: Drobot Dean / stock.adobe.com

Did ARP make coverage more affordable at all income levels?

The American Rescue Plan increased premium subsidies at all income levels for health plans sold in the ACA marketplaces, reducing the percentage of income that enrollees have to pay for the “benchmark” plan in their area – that is, the second-cheapest Silver plan. 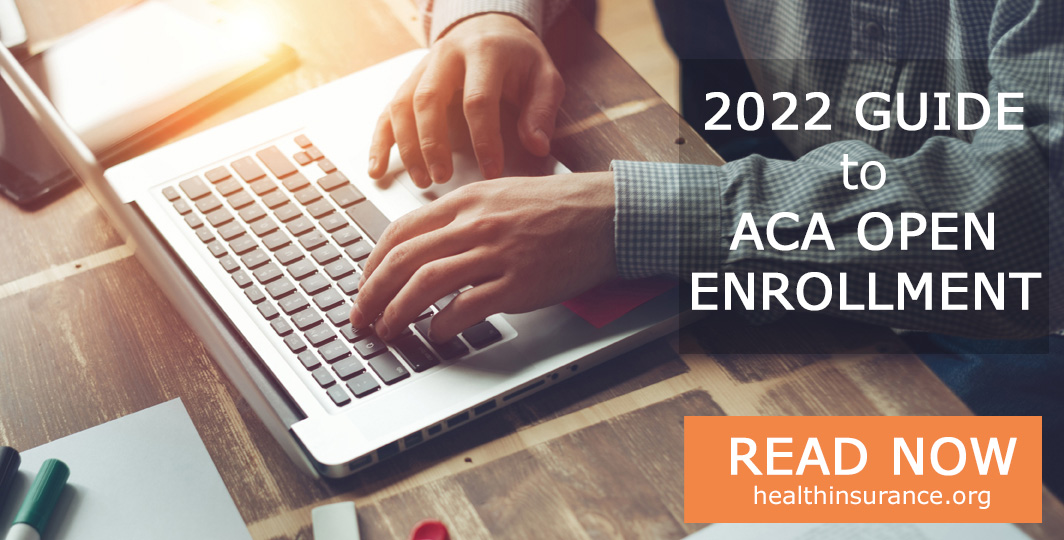 At the other end of the income scale – 400% FPL or higher ($51,040 for an individual, $104,800 for a family of four) – no citizen or legally present noncitizen who lacks access to other affordable insurance (e.g., from an employer or Medicare) will pay more than 8.5% of income for benchmark Silver. The ARP removed the ACA’s notorious subsidy cliff, which denied subsidies to applicants with incomes over 400% FPL.

In the in-between income brackets, the percentage of income required for a benchmark Silver plan has also been sharply reduced. See this post for illustrations of how ARP will reduce premiums for people at various income levels.

The American Rescue Plan also effectively made free high-CSR Silver plans free to anyone who received any unemployment insurance compensation in 2021 and lacked access to other affordable insurance.

The ARP subsidy boosts are temporary, running through 2022. But Democrats are widely expected to make them permanent in subsequent legislation. That’s the first and most basic item on their healthcare agenda, fulfilling a core promise President Biden made during the 2020 campaign.

The ARP subsidy increases should induce millions of uninsured Americans who have been under the impression that health insurance is unaffordable to take a second look. According to estimates by the Kaiser Family Foundation (KFF), as of 2020, only about half of those who were eligible for marketplace subsidies and in need of insurance were enrolled. KFF estimates that 11 million uninsured  Americans are eligible for premium subsidies in the marketplace – including 3.5 million with incomes over 400% FPL who were ineligible prior to the ARP.

How affordable is affordable? According to KFF, 6 million uninsured people are eligible for free plans. It’s true that for most of these (4.7 million), the free plan would be Bronze, with deductibles averaging in the $7,000 range. But for many of those eligible for free Bronze plans, Silver – and in some cases Gold plans – are available at very low cost or even no cost at all.

For solo enrollees in the 150-200% FPL income range (topping out at $25,520), benchmark Silver (with strong CSR)  can’t cost more than $43 per month. In many cases, the cheapest Silver plan costs considerably less than the benchmark.

And in about 20% of all U.S. counties, the cheapest Gold plan is cheaper than the cheapest Silver. That’s a valuable discount at incomes above 200% FPL, where CSR, which attaches only to Silver plans, is weak (in the 200-250% FPL income range) or not available (at incomes above 250% FPL).

Biden administration opens the doors and sounds the horn

Prior to the American Rescue Plan’s passage – beginning on February 15 – the Biden administration opened an emergency special enrollment period (SEP), extending until August 15 in the 36 states that use the federal ACA exchange, HealthCare.gov.

The 15 state-run exchanges (including Washington, D.C.) followed suit, though the terms and length of the state SEPs vary somewhat. (See SEP deadlines for each exchange here.) The SEP offered by HealthCare.gov and in most states is akin to the annual open enrollment period: anyone who lacks insurance can enroll. Normally, a person seeking coverage outside of open enrollment has to apply for a personal SEP and document a qualifying “life change,” such as loss of employer-sponsored insurance.

After the ARP’s passage, HealthCare.gov further opened the SEP to enable current enrollees to switch plans – for example, to upgrade from Bronze to Silver in light of the enriched subsidies. The Center for Medicare and Medicaid Services (CMS) also earmarked $50 million to advertise the SEP.

The upgraded subsidies, retroactive to January 1, went live on HealthCare.gov on April 1, and on state-based marketplaces in subsequent weeks. All in all, doors to coverage for the uninsured were flung significantly wider this spring – and remain open.

Many consumers are capitalizing on the SEP and ARP

The emergency SEP and upgraded subsidies are having an impact. On May 6, CMS announced that new plan selections from February 15 through April 30 in 36 HealthCare.gov states was just shy of  940,000 – almost quadruple enrollment in the same period in 2019, the last “normal” year. (In 2020, the pandemic also stimulated increased enrollment, totaling 391,000 in the same time period.) A large percentage of new enrollees were apparently low-income and accessing free or near-free Silver plans with strong CSR, as the median deductible for new enrollees was just $50.

As of June 5, SEP enrollment in HealthCare.gov states had topped 1 million, and marketplace coverage is now at an all-time high.  Including the 15 state-based marketplaces raises the SEP enrollment total this spring to 1.5 million, according to Charles Gaba’s estimate. The percentage of subsidy-eligible potential enrollees who actually do enroll may now be closer to 60% than the roughly 50% that KFF estimates indicate in 2020.  How might enrollment be boosted further?

But millions still aren’t on board

Despite the substantial gains achieved in recent months, some 10 million of the still-uninsured are likely eligible for marketplace subsidies, and another 6 to 7 million eligible for Medicaid, according to KFF estimates.

Since the ACA’s programs were first implemented in 2014, many of the uninsured have claimed that they found coverage unaffordable, While some may have balked at subsidized premiums and available plans’ out-of-pocket costs, a lack of knowledge about what’s on offer has always been a major factor. In 2020, only 32% of people surveyed by KFF knew that the ACA was still law.

The Trump administration didn’t make it easier for consumers, cutting federal funding for enrollment assistance by nonprofit “navigators” by 84%, from a peak of $63 million in 2016 to $10 million by 2018, and cutting advertising by 90%. Navigator organizations, established by the ACA to be nerve centers in a constellation of nonprofit assistor groups, have operated on shoestrings since fall 2017, cutting back on outreach events, offices throughout their states, and in-person as opposed to phone or video assistance.

The Biden administration threw a quick $2.5 million to navigators this spring – which doesn’t go far – and has allocated $80 million for navigators in the 36 states using HealthCare.gov for 2022.  (Navigator funding is drawn from user fees charged to participating insurers, so the 15 states that run their own exchanges have their own funding base for enrollment assistance). A KFF analysis suggests that the $80 million allocation for 2022 may be too modest: Trump administration underspending of the user fee revenue has left some $1.2 billion available to the Biden administration to boost enrollment efforts.

Going forward, further innovation might boost marketplace enrollment. Maryland, which has a state-based marketplace, has pioneered an enrollment jump-start tied to tax filing, whereby the uninsured whose reported income and insurance status indicate they are eligible for subsidized coverage can check a box on their tax return and receive information about their likely eligibility for “free or low cost coverage.” Colorado will debut a similar program next year.

On a national level, aligning the annual open enrollment period with tax filing season and porting information on the tax return to a marketplace application could streamline the enrollment process. Tax preparers could be a powerful resource to encourage enrollment and assist in the often complex application process. Integrating enrollment with tax preparation could also take some of the diceyness out of the income estimate that determines subsidy size.

Switching the OE period would entail a messy transition, as plans not resetting on January 1 as in the past would create problems with deductibles and out-of-pocket caps. An alternative would be to mirror Maryland and offer the uninsured an easy-to-obtain SEP at tax time.

The ARP hasn’t helped everyone

It should be acknowledged that the ARP did not ease the plight of poor and near-poor uninsured people in the 12 states that to date have refused to enact the ACA Medicaid expansion (or, in the case of Wisconsin, enact a more limited expansion). As first enacted, the ACA offered Medicaid to all citizens and most legally present non-citizens whose household income was below 138% FPL.  In 2012, the Supreme Court made that expansion optional for states.

In states that refused to expand eligibility – including high-population states Texas and Florida – most adult residents with incomes below 100% FPL are eligible neither for Medicaid nor for marketplace subsidies. The ARP provided new financial enticements for the holdout states to implement the expansion, but offered no immediate relief to an estimate 2 million people in this “coverage gap.”

The ARP also did not fix the “family glitch,” which puts health coverage out of reach for several million Americans. If an employee has access to a comprehensive employer-sponsored health plan that meets the ACA affordability standard for single coverage, the other family members are not eligible for subsidies in the exchange — regardless of how much they have to pay to join the employer-sponsored plan.

While more remains to be done to make affordable coverage more universally available, comprehensive and easy to obtain, it’s fair to say that most Americans who lack coverage at present can find a health plan (marketplace or Medicaid) that’s worth having at a price they can afford.  If you are uninsured, check out your options on HealthCare.gov or your state exchange or use this site’s free quote tool. You can also get a subsidy estimate by using this ACA subsidy calculator.

More likely than not, you will be pleasantly surprised.

Andrew Sprung is a freelance writer who blogs about politics and healthcare policy at xpostfactoid. His articles about the Affordable Care Act have appeared in publications including The American Prospect, Health Affairs, The Atlantic and The New Republic. He is the winner of the National Institute of Health Care Management’s 2016 Digital Media Award. He holds a Ph.D. in English literature from the University of Rochester.