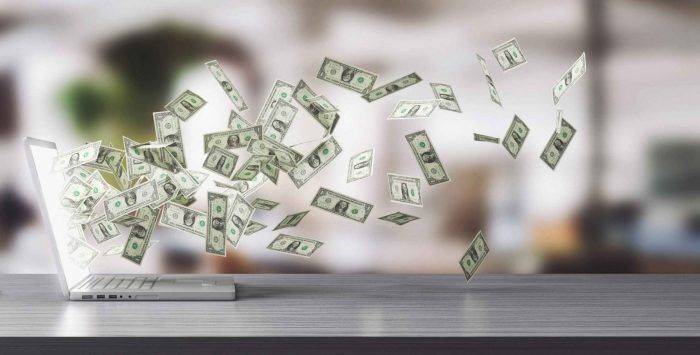 If you enroll in a marketplace plan or update your account between August 1 and August 15, your new subsidies will take effect September 1. Image: Aledeca Productions / stock.adobe.com

EDIT, November 22, 2021: The Build Back Better Act calls for a temporary extension of the extra financial assistance for people receiving unemployment compensation. The bill has been through several updates, but the version that passed the House in November (see Section 30605) calls for the extra subsidies to be available in 2022, for people who receive unemployment compensation for at least one week in 2022. Note that it would bump the income disregard threshold to 150% of the poverty level, but that would still result in full premium subsidies and full cost-sharing reductions.

EDIT, September 17, 2021: Although the COVID/American Rescue Plan special enrollment window on HealthCare.gov ended in mid-August, consumers who are receiving or have received unemployment compensation in 2021 can still enroll in coverage and take advantage of the premium subsidies and cost-sharing reductions described below.

The availability of this option will not show up on HealthCare.gov, but the marketplace will be reviewing applications to identify applicants who have received unemployment compensation, and will reach out to them to notify them that their special enrollment period has been approved.

So if you’re in a state that uses the HealthCare.gov marketplace, you’ve received unemployment compensation this year, and you’re not eligible for Medicaid, Medicare, or another employer’s health plan, it’s in your best interest to begin the process of enrolling in a 2021 plan, as access to the American Rescue Plan benefits is still available to you.

Most of the American Rescue Plan’s (ARP) additional premium subsidies have been available since April, and more than 2 million people have enrolled in health plans through the exchange (marketplace) during the COVID-related special enrollment period that’s been ongoing since February.

But a major provision of the law took effect on July 1, when HealthCare.gov made additional subsidies available to people who have received unemployment compensation this year.

Here’s what you need to know about these additional unemployment-based subsidies:

The subsidies apply to both premiums and out-of-pocket costs

The unemployment-based subsidies are two-fold:

Who is eligible for unemployment-based health insurance subsidies?

Eligibility for the unemployment-based subsidies includes people whose income is under the federal poverty level, as long as they’re not eligible for Medicaid. (If a person is eligible for Medicaid or CHIP, they aren’t eligible for subsidies in the exchange; nothing has changed about that.) People with income under the poverty level are normally not eligible for subsidies, which means there’s a coverage gap in the states that have refused to accept federal funding to expand Medicaid. But a person who would otherwise be in the coverage gap can receive a full premium subsidy and full cost-sharing reductions in 2021, if they receive unemployment compensation at any time during the year.

Even if you only received unemployment compensation for one week of 2021, you’re potentially eligible for the enhanced subsidies for the entire year. But subsidy eligibility would end if and when you become eligible for employer-sponsored health coverage (that’s considered affordable and provides minimum value), or premium-free Medicare Part A.

The ARP has not fixed the family glitch, so family members would also lose access to any subsidies in the exchange if they become eligible for employer-sponsored coverage that’s considered affordable for the employee.

How to claim the extra subsidies

HealthCare.gov has not yet implemented automatic subsidy updates, although that’s coming in September (with updates based on information that people already provided to the marketplace). But for now, you’ll need to log back into your account and update your application to activate the subsidies. You can do this through HealthCare.gov, or through an enhanced direct enrollment entity if you use one.

Some of the state-run exchanges already implemented systems to automatically apply the additional subsidies to accounts where applicants indicated that they’re receiving unemployment compensation this year. But if you’re in a state that runs its own exchange, it’s in your best interest to log back into your account to confirm that you’re receiving all of the benefits for which you’re eligible.

If you enroll or update your account between August 1 and August 15, your new subsidies will take effect on September 1. The COVID-related special enrollment period ends on August 15 in most states, so this is an important deadline to keep in mind.

If you’ve already got coverage through the exchange but you don’t update your application to start receiving the additional unemployment-based subsidies, you’ll be able to claim the premium subsidy on your 2021 tax return. However, there is no way to claim cost-sharing reductions after the fact. So it’s important to make sure you’re enrolled in a Silver plan as soon as possible, if you want to take advantage of that benefit.

You might need to switch plans to get the full benefit

You can get the additional premium subsidies applied to any metal-level plan, although your subsidy can never be more than the cost of your plan. So if you’re enrolled in a plan that’s less expensive than the benchmark plan, you might find that you’re able to upgrade to a better plan without paying any additional premium.

But you can only get the enhanced cost-sharing reductions if you’re enrolled in a Silver plan. So if you currently have a Bronze or Gold plan, you might choose to switch to a Silver plan to get the full benefits available under the ARP.

Although switching to a new plan mid-year usually means starting over with a new deductible and out-of-pocket maximum, many states and insurers are allowing enrollees to keep their accumulated out-of-pocket costs, as long as they switch to a new plan from the same insurer.

What you’ll pay each month

If you pick a plan that’s more expensive than the benchmark plan, including the higher-cost Silver plans, you’ll pay at least some premium each month.

If you’re in a state that has additional state-mandated benefits that aren’t covered by premium subsidies, you may find that you have to pay at least a dollar or two each month in premiums, regardless of which plan you select.

What you’ll pay when you need medical care

If you enroll in a Silver plan, you’ll get the full benefits of the unemployment-based subsidies, meaning that you’ll have fairly low out-of-pocket costs if you need medical care later this year. Any Silver plan you choose will have a maximum out-of-pocket of no more than $2,850 in 2021, and it’s common to see these plans with deductibles that range from $0 to $500. Copays for office visits and many prescriptions also tend to be fairly low.

If you choose a non-Silver plan, the normal cost-sharing will apply. No matter what plan you select, your out-of-pocket maximum for in-network care won’t exceed $8,550 this year, but the specifics of the coverage will vary considerably from one plan to another.

How big will your subsidy be?

You can use our subsidy calculator to see the subsidy amount that will be available to you. For people receiving unemployment compensation, the exchange will disregard any income above 139% of the poverty level for 2021.

The 2020 poverty level numbers are used to determine subsidy eligibility for 2021, so you can find the poverty level for your household size, multiply it by 1.39, and enter that number into the subsidy calculator. And if you need help finding a plan, our direct enrollment entity can provide assistance.